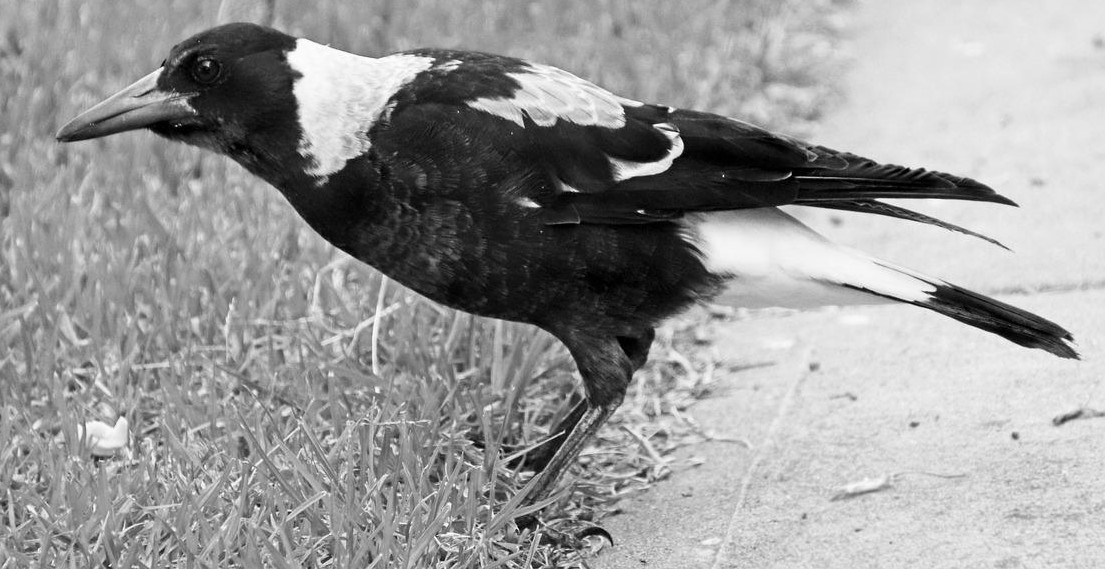 Samanta Bloom’s story first made its way through social media and, via two book releases, also through the print press and is now known worldwide. The story has been somewhat cannibalized, but despite the media exposure, still very sympathetic.

It began in 2013 with a serious accident involving the mother of three during a family vacation in Thailand. As a result, she retained a paraplegia and experienced many unpleasant things that each affected person knows how to tell in his own unique way. Then two things came together. First, a little bird entered the family life and secondly, the husband and father Cameron Bloom is a photographer by trade. In sum, this resulted in numerous photos in the social media, which received a lot of attention.

This resulted in a photographic book that found its way to Germany in 2017. A detailed review of this book can be found on my book blog (only in german: Penguin Bloom: Der kleine Vogel, der unsere Familie rettete). This picture book was framed by the narration of Cameron Bloom as prologue and a letter of the mother Samantha Bloom as epilogue. Already this combination of illustrated book and narration was very emotional and transported this story very impressively.

In 2021, the book by Samantha Bloom then also found its way to Germany, in which she tells in great detail about her life and how she had lived before and after her accident (I also presented this book in more detail on my book blog (only in german): Wieder fliegen lernen: Meine Geschichte). It is also this book that was made into a movie with Naomi Watts.

The book starts out very devastating.

Since I only have the books translated into German, there may be translation issues when I translate them back to English.

Every morning when I wake up, I die a little.

No matter how much I resist it – I always have to think of the past. When I was still me.

I mourn the life that was taken from me, that was stolen from my family. I still can hardly believe that everything has turned out this way.

(from the prologue of the book at approx. 5%)

What she meant by this comes across very well in the book, as she describes her life before the accident as perfect. Perhaps this is a bit glorified and euphemistic in view of her situation. After all, in retrospect, life without a disability may have been so much more worth living from her perspective. Nevertheless, who can tell about his life in such a way as Samantha Bloom does in her book?

If only I could have stopped time.

At that moment, my life was perfect. I had become a nurse, a wife and a mother. I had followed my passion and found true love without losing my independence.

I was the person I had always wanted to be.

The person I still wanted to be.

Who claims that his life is (was) perfect. I hardly know a person who claims this about himself in this way. But exactly this circumstance strengthens the emotionality of this story. A woman who is able and privileged to live her perfect life is forced by an accident into a life she never wanted to live. And is thus representative of all disabled people, all of whom did not aspire to live their lives in this way.

What is special about this story, however, is not the blow of fate that millions of other people have experienced in a similar way, but the bird that more or less suddenly came into the life of the family and saved the life of the mother.

In a way, I had already died.

But then a little bird brought me back to life.

Even today I marvel at the fact that two shining eyes and a few grams of fluff were enough to pull me out of my bitter unconsciousness, and that they could help save my family. But that’s exactly what happened.

I had thought I was saving her life, but in truth she was saving mine.

Unfortunately, this does not come across in the film at all. Of course, the film conveys the emotional deep ride of the mother, who is played excellently by Naomi Watts. There are also some striking scenes from this biography in the film. However, the film was unable to capture what was special about this story. Namely, it was the bird that had such a positive influence not only on the mother, but on all family members.

Despite this tragic story, it also shows hope that such a new and unwanted life is or can be worth living.

Every morning when I wake up, I die a little.

No matter how much I resist it – I always have to think of the past. When I was still me.

I mourn the life that was taken from me, that was stolen from my family. I still can hardly believe that it all came to this.

And then I begin to live.

All disabled people are able to build their lives so that they are worth living again. Not all of them are able to do this. It is not uncommon for me to read and hear about people who can no longer leave their homes and live a sad existence because they do not allow joy or love into their lives. And although Samantha Bloom doesn’t want to be an encouragee or a source of inspiration, she shows that everyone can manage to get out of a low point in life and climb back up again. Often this works with the help of a friend or a faithful animal or even a plant (I have also read that bonsai trees (can) have a similar power).

At the end, the author writes a letter to her three sons, in which there is a sentence that is universally valid and encourages them to become aware of their own lives and to value them, even if not everything always goes as smoothly as one would hope.

Please don’t take anything for granted; pay attention to the special details and do your best to appreciate even the smallest joys and surprises in life, because it is these things that you will miss the most if you ever lose them. Believe me, I know about that.