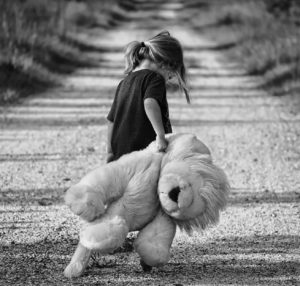 When I first heard about the “climate-damaging nature of children”, I thought of mountains of laundry (because the little ones need several sets a day) or food waste (because the porridge ends up on the floor and not in the stomach) or hobbies where the little ones have to be driven around.

No, it’s actually going in a whole different direction. It’s in fact about birthing children in generally because every child born should be “climate sin number one”. Under the hashtag “birthstrike” there are mainly articles by activists from the USA and England who propagate that the world would be better off without children.

Should we explain to activists the connection between species conservation and children? Funnily enough, it is often such activists who deny anthropogenic climate change, and at the same time propagate that the Earth would be better off without humanity.

But these are of course only statements. If you want to be a true activist, you need studies that support your own opinion. And of course these studies can be bent a little. In Germany some people claim the attribute “child-free” because “childless” is too negative for them (in german the word child-free doesn’t exist). The fact that the original discussion in the USA was not about not having any children at all, but only about the lifestyle and the number of children in the families, is discreetly hidden here. Originally it was about starting a family with two instead of three children.

A study by Wynes and Seth (Wynes, Seth et al.: The climate mitigation gap: education and government recommendations miss the most effective individual actions (Environmental Research Letters, 2017), who claim that a total of 58.6 tons of CO2 per year can be saved by not having a child, is gladly quoted. Of course, CO2 equivalents are meant again, as it is usual in the climate discussions. Now the Federal Environment Agency of Germany states an average consumption of 11 tons per capita and year for Germany and 16 tons per capita and year for the USA. How can a child consume so much more than the average citizen?

This can of course be done, but semantic errors occur when these figures are put in relation to the CO2 footprint, e.g. of a meatless diet of an adult over his lifespan. The same applies, of course, to the renunciation of air travel or a car, which was also only considered over one generation.

At the same time, these scientists have postulated that CO2 consumption over a lifetime is the same. However, this is wrong, because small children consume much less energy than adults, so that the CO2 footprint is indeed age-dependent. The possible rethinking of the younger generation is also blatantly neglected. The protest action “Fridays for Future” will certainly bear fruit in the form of a future reduction in CO2 emissions. In whatever form. This remains completely unconsidered. 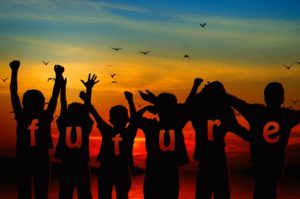 History shows how little birth control contributes to climate protection. Germany’s population remains stable, mainly due to immigration, but society is still ageing. Even China, with its one-child policy, is unlikely to be able to exonerate itself from climate damage. A trend towards even more single households is completely the wrong signal for our society, because it is not for nothing that children are our future. And that is our common(!) future. It is therefore fitting that the United Nations has declared family planning to be a human right.

By the way, these wrong numbers are often taken up and spread, as for example by the teacher and author Verena Brunschweiger, who in her book “Kinderfrei statt kinderlos: Ein Manifest” (available only in german) gives exactly these numbers. However, this false statement is only one part of her “manifesto”, because the (according to her own statements) radical feminist was (also according to her own statements) discriminated against and hosted several times because of her childlessness. However, she considers a socially acceptable allocation of jobs within her teaching profession to be discrimination.

However, I wonder in which part of society the author lives that she can develop such a real hatred towards mothers.

I cannot recommend the book because it is full of false statements (and fortunately only available in German).

Since our future inevitably does not function without children and our German social system is even based on a contract between generations, it is more than senseless to propagate childlessness, especially since the arguments put forward are simply wrong.

Anyone who wants to get an idea of what is happening to an ageing society should take a look at Japan. And Germany is also heading into this dilemma, because the number of single households in the big cities is above average, so that basically a trend towards childlessness has long been noticeable.

However, this does not have a positive effect on the climate, as a single household burdens the climate much more than a family household!

The images in this post were taken by Pixabay:
“Das Mädchen mit dem Teddybär” by lisa runnels
“Children are our future” by Gerd Altmann